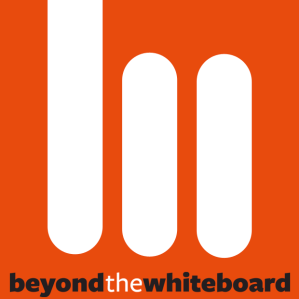 My brother Jonathan Kinnick recently did an extensive analysis for the site he co-founded and developed over the past 6 years, Beyond the Whiteboard. He broke down the CrossFit programming that is found on mainsite like no one has ever done before. The series is amazing and I am excited to share Part 2 here, and Part 3 next week. Beyond the Whiteboard has been collecting data since 2008, shortly after we turned my three car garage into a CrossFit affiliate and it is the most valuable tool I have in tracking my progress and focusing my efforts to get better. Check out Part 2!

CrossFit.com has been posting a single Workout of the Day (WOD) on their main page since 2001. This seemingly innocuous act has snowballed into the most disruptive fitness movement the industry has ever seen. It has led to over 9,000 independently owned CrossFit® Affiliate Gyms, and over 200,000 competitors in the Sport of Fitness™.

Top 30 Movements
It’s interesting to look at the most commonly assigned movements on CrossFit.com (2008-2013). It can give us a very real sense of which movements are seen as paramount to the programmers at CrossFit HQ.  Looking at the ebb and flow of particular movement frequencies can give us insight into their evolving ideas of what the most important/effective movements are.

The top 10 movements are consistently assigned twice monthly or more.

Running has been assigned on a weekly basis throughout this entire period.  Rowing has seen a steady increase in popularity over that time, and is now prescribed about twice a month.

The Deadlift is the most commonly prescribed single lift, but if we combine “Clean” variations, they are seen with a similar frequency as Deadlifts. See the chart below for the full trends of the top 30 movements.

(Number of WODs featuring each movement, per year and overall)

These are the 9 Movements taught at the CrossFit L-1 Certificate Course. You can see full details about these movements in the CrossFit Level 1 Training Guide (page 104). With the exception of the Medicine Ball Clean, these foundational movements show up regularly in CrossFit.com’s programming.

We can see a drop-off in the Air Squat over the years, accompanied by an increase in Front Squat and Overhead Squat Frequency.

The Deadlift has remained the most popular lift over the years, while there has been a small decrease in the popularity of the Sumo Deadlift High-pull.

The Shoulder Press has declined in popularity, whereas the Push Press and Push Jerk saw a dip for a few years, but are now trending back upwards.

In the past three years, we’ve seen the Back Squat rise in prominence to be about equal with the Air Squat.  The Overhead Squat and Front Squat have seen a huge increase in frequency since 2008. You can expect to see at least one of these squats each week on CrossFit.com.

The Snatch and Power Snatch are the most common variations.  You can expect to see some type snatch to show up each month, if not more.

Cleans are much more popular on CrossFit.com than Snatches. The top 5 barbell variations are all pretty common. We’ve seen a drop of in the Hang Power Clean, accompanied by and increase in Power Clean over the past few years.  You can expect to see some type of Clean variation at least 3 times a month.

Bringing weight from your shoulder to overhead is essential in developing human performance. The most common way this action is prescribed on CrossFit.com is with a Push Press. In 2013, we saw Shoulder Press, Push Jerk, and Clean & Jerk each assigned around 10 times. Contrast that with 2008, where Shoulder Press was assigned 21 times, vs. 14 and 9 for Push Jerk and Clean & Jerk, respectively.

Although we have seen a huge decline in standard Pull-ups over this period, we have seen some of that made up for by a steady increase in Chest-to-bar Pull-ups.  And even with the decline, we still see some type of Pull-up assigned at least weekly.

We have seen a big decline in both the GHD Sit-up and the AbMat Sit-up over this period.  These two movements have been slowly surpassed by Knees To Elbow and Toes-to-bar. In fact, Toes-to-bar was the most prescribed “ab” exercise in 2013. You can expect to see one of these options about once a week on CrossFit.com.

The Burpee is one of the movements that everyone loves to hate. We have seen a steady increase in the popularity of the Burpee in recent years, and you can expect to see some type of Burpee at least twice a month on CrossFit.com.

This analysis uncovered quite a few unexpected trends for me, personally. I was very surprised to see that Pull-ups have decreased by about half since 2008. I was also surprised to see the prominence of the Deadlift, and I originally was expecting to find a lot more Snatches assigned. I hope you found some useful insights above.

In Part 3, we will be looking at Workout Selection and Frequency.

Pushing the limits of my body, mind and helping others along the way…